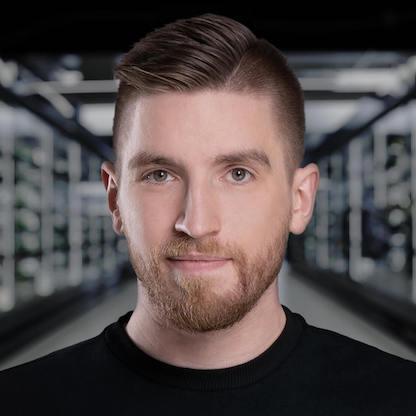 We've all heard the 'Rails can't scale' myth, but how far can we scale Rails? This is a story about a one year project scaling a REST API for concert ticketing and e-commerce to huge presale events and the lessons learned on the way.
read more

End-to-End Encryption in Rails with Stimulus and OpenPGP

Nowadays, the news is full of data leaks, breaks, and hacks and one thing is clear - you don’t want to be the one who leaks all your customer data to some hackers on the internet. Learn how to encrypt your content end-to-end with Rails and PGP
read more

The Last Guide To Parsing JSON You Will Ever Need

Hooray, open source Swift finally arrived on Linux in December. Let's see how easy it is to use Swift for your backend and why Swift is a good choice for safe and fast development.
read more

Storyboards have grown in functionality over recent years and have become a great tool for prototyping your next app idea.
read more

Learn what Reactive Programming means, why it doesn’t have to be functional and why everyone is so excited about the ideas behind it.
read more

Learn in this workshop what Reactive Programming means, why it doesn’t have to be functional and why everyone is so excited about the ideas behind it.
read more

Learn what Reactive Programming means, why it doesn’t have to be functional and why everyone is so excited about the ideas behind it.
read more

See how reactive programming can make your code shorter, easier to read and more elegant with the next major version of the Interstellar framework.
read more

Not sure if you should order a burrito or a monad for lunch? Get a quick overview of Object Oriented, Functional and Protocol Oriented programming in Swift 2 and learn what all that fuss is about and why you should care. (Talk from Mobilization 2015 in Lodz)
read more

Over time almost all css projects turn into a mess of selectors and strange sizing. Here is my approach of dealing with it.
read more

Signals aren't just only great for handling model state - you can use them as well to plan your applications' flow.
read more

The Signal, Threading and You.

Multithreading can be hard - let's make it a bit easier by using signals.
read more

Sending A Signal To Space

We've already seen how to handle a chain of failable, synchronous function calls. Next up we explore the missing piece: Async callbacks.
read more

How to use Functional Reactive Programming without Black Magic

During UIKonf 2015 I gave a talk about how to implement your own ReactiveCocoa using ideas from Swift like generics and value types.
read more

How To Train Your Monad

Transforming The World Into A Better Place

If you ask a developer what a program is he is likely to respond: A sequence of commands. Value oriented programming takes a step back and lays the focus on something different: The content of your application instead of the actual commands.
read more

A Swifter Way Of Handling Errors

Handling errors is something most developers try to avoid. But error handling got way more important on mobile devices where the user constantly switches apps, the network connection drops in the middle of a transfer or the application is terminated by memory pressure.
read more

Last week I've attended UIKonf. One of the amazing speakers there was Ash Furrow who talked about Teaching and Learning and how this experience helped him. In the end he had a taks for everyone in the audience: Start a blog.
read more